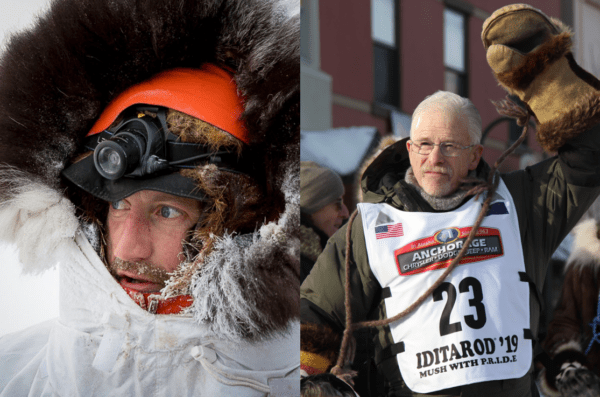 Musher Nicolas Petit has dropped out of the Iditarod Trail Sled Dog Race just days before the competition due to a positive COVID-19 test. On Tuesday night, he posted a photo on Facebook of results from two at-home COVID tests.

This would’ve been Petit’s 12th Iditarod start. He and his team have placed as high as second. But with the positive test result, Petit suddenly had to find a new musher to take on his team this weekend.

Four-time Iditarod champion Jeff King was returning from a training run on Tuesday when he got the ask from Petit.

“When we got back from that run on the Denali Highway and we got back into cell service, I had a message from Nic Petit reaching out saying unfortunately he had COVID, and he didn’t want to see his dog team sit,” King said in a phone interview. “I was shocked.”

He said he spent about 30 minutes thinking about it before saying yes.

King had his own last-minute cancellation on the Tuesday before the 2020 Iditarod, after emergency surgery for a perforated intestine. Sean Underwood, who’d been working to help train King’s team, ran in his place.

“Kind of serendipitous, it seems like, because it was the same day, about the same hour, that I had to give up my spot two years ago,” King said.

This will be King’s 30th Iditarod. His most recent Iditarod win was in 2006, at age 50. He turns 66 this month. He said his endurance isn’t what it used to be, but he’s excited to join the race.

“I think it’s really going to be fun to see how well I can do with a team I don’t intimately know,” King said. “I think it will be a testament to something I’ve believed all along, which is you’re either a dog person or you’re not. If I am, I think I ought to be able to have these dogs respect me and enjoy the run with me.”

Petit couldn’t immediately be reached by phone on Wednesday.

On Facebook, he wrote that he was vaccinated and had tried to be careful. He still has his sense of smell but does feel fatigued.

“I feel like I just ran a 300 in the wind, got lost and trampled by a moose,” Petit wrote.

Petit wrote that after testing positive, he “went fishing for the person most appropriate to take the kids to Nome.”

“I landed a big fish!” he wrote of King. “I trust that guy to put the dogs first. I trust him to take a team he knows from afar and go race them to their full ability.”

Substitutes in the race must be approved by the race marshal. The first mandatory COVID test for mushers was scheduled for Thursday. In a media briefing on Wednesday, Race Marshal Mark Nordman praised how Petit handled the situation.

Nordman said he was happy to welcome King back.

“He’s a great representative of the sport,” he said.

This year’s Iditarod COVID mitigation plan requires all mushers be vaccinated. Race officials and volunteers will also be tested daily.

The Iditarod is the second race Petit has had to withdraw from this year before it began. He was signed up for the Copper Basin 300 in January, but withdrew after his truck wouldn’t start in cold temperatures.