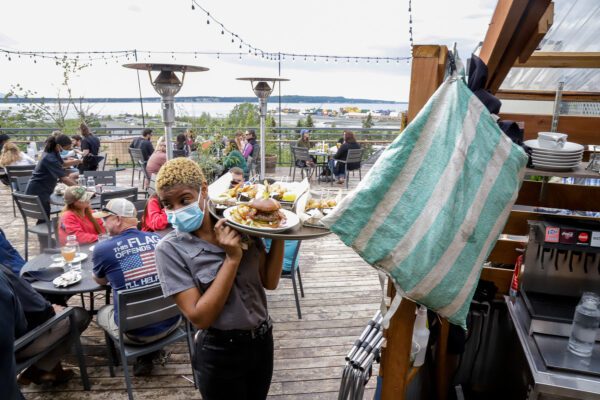 Job numbers in Alaska were up last month compared to October 2020 but still below pre-pandemic levels for most industries, the state labor department reported Friday.

Job numbers in Alaska were up last month compared to October 2020 but still below pre-pandemic levels for most industries, the state labor department reported Friday.

Alaska had about 8,500 more jobs in October compared to a year earlier but about 15,800 fewer than in October 2019, according to the report.

Neal Fried, an economist with the department, said recovery takes a while. He said Alaska had not fully recovered from the effects of a drawn-out recession when the COVID-19 pandemic hit.

“The pandemic was just one of two recessions we’ve had in the last 10 years. The last recession was really bad, too, and we never recovered from that one,” he said in an interview Friday. Alaska had a “tiny little recovery in 2019, and then, bam, we got hit again.”

The state was in a recession between 2015 and 2018 that was driven by a fall in oil prices, economists have said. Alaska began seeing its first big job losses due to the pandemic in April 2020, the department has said.

The report released Friday showed gains for most industries compared to October 2020, with the leisure and hospitality and trade, transportation and utilities sectors seeing the biggest jumps, with about 2,900 more jobs each last month compared to a year earlier.

But the leisure and hospitality sector still had about 5,500 fewer jobs than in October 2019 and trade, transportation and utilities 2,200 fewer, according to the report.

Fried said the retail sector lost significant ground last year but has been regaining ground this year. “But I don’t know if they’ll ever get back to their pre-COVID peaks because that industry was already having a tough time prior to COVID because of e-commerce and … COVID just added fuel to the fire on that one,” he said. Changes in commerce also are occurring nationwide, he said.

Fried said he sees as a positive for the state the job market, which he described as “pretty good.” Many businesses have cited challenges in hiring workers but Fried said there is another side. He said it also means people have more opportunities and choices.