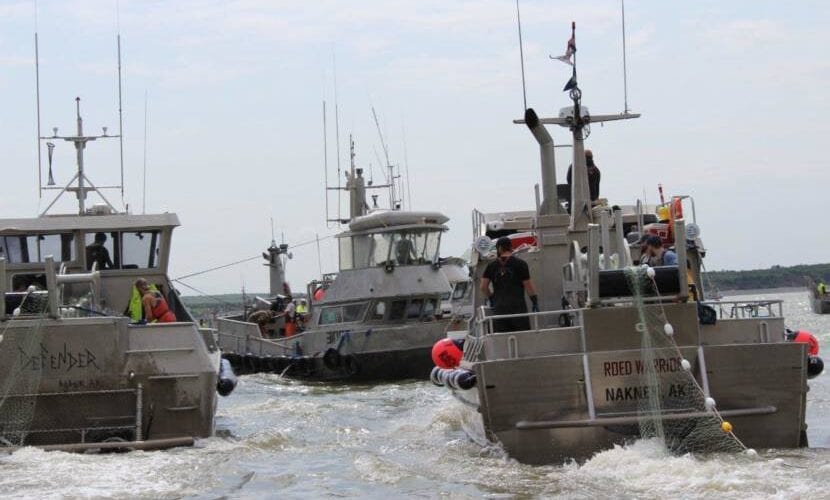 It’s been a tough spring for Copper River’s sockeye fishery.

The run is picking up, but so far the season has been similar to 2020, which finished with some of the lowest sockeye catches on record. But one thing is very different this year: A record-high price for salmon.

“Markets were hot. And we were able to pay that price and pass it on to the fishermen,” said Jon Hickman, the executive vice president for Peter Pan Seafoods.

This year it’s even hotter. In May, the company announced it would pay triple last year’s prices for sockeye and kings, at $19.60 per pound for kings and $12.60 a pound for sockeye. In 2020, sockeye went for around $4 and kings were $6 per pound.

The Cordova Times reported retailers’ pre-orders for sockeye fillets were as high as $54 a pound. King fillets went for up to $80 a pound.

Hickman said the reason for the price hike is straightforward: Copper River is the first fishery of the season. Competition is low and demand is high — Peter Pan’s customers include restaurants and other high-end retailers, and as COVID-19 restrictions relax, restaurants are welcoming more diners.

The record prices are stoking optimism within the industry just ahead of another important fishery: Bristol Bay, the largest sockeye fishery in the world. Unlike Copper River, it runs at the same time as fisheries in other parts of the state, starting in earnest in mid-June.

Hickman said the size of Bristol Bay’s run — and the size of the fish — will determine which products they will focus on, and what the price will be.

“Fish size is going to be a huge deal for us, and how we handle fish size and put them in the right places for the best return,” he said. “Keeping things fresh and keeping our fishermen with their nets in the water.”

“I think seeing strong pricing in the early going for Copper River is definitely a good sign, as far as where the market’s at and how much demand there is,” he said. “Pretty much all that product goes into the fresh market and is sold fresh. We do marketing promotions with many retailers around the U.S. and already there’s a lot of demand for that.”

There was a lot of demand for seafood from retailers last year, and Bristol Bay saw less competition from other fisheries which experienced weaker runs. Still, prices were really low: The base price in Bristol Bay dropped to just 70 cents per pound, about half of what it was in 2019.

And even the market dropped, processors had to spend tens of millions of dollars on COVID-19 mitigation plans.

Dan Lesh, an economist with the McKinley Research Group, said while there will still be additional costs this year associated with the pandemic, he expects them to be much lower.

“I think people have more money to spend and seafood is what they want to spend it on nowadays,” he said. “We do know that personal income rose last year, between things like the stimulus bills and also less spending on different services. (That) helped with pushing up prices for premium seafood products, and I think Bristol Bay sockeye salmon can be in that category.”

Fishermen’s concerns about the low base price in 2020 prompted the Bristol Bay Regional Seafood Development Association to publish a report laying out some of the reasons the price was so low. That included business risk due to the pandemic, higher operating costs and losses in other fisheries across the state.

This year, the association said risk is down. Wink, the executive director, thinks the season may be better for fishermen.

“I guess the price remains to be seen, but I think when you look at the market factors that are in place now versus this time last year, things do look more bullish, and kind of appear more favorable,” he said.

The Tsunami Warning Center recorded waves of less than 1 foot above normal as a result of the earthquake.
56 5    View on Facebook