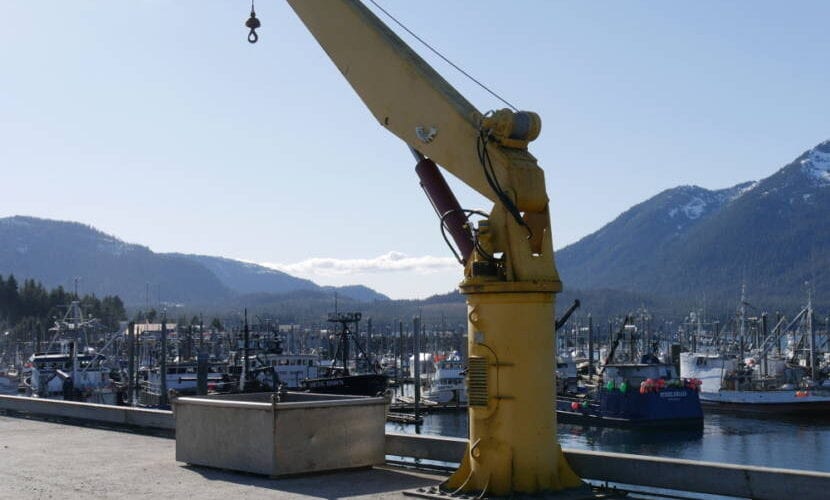 A combination of low prices and low returns has the summer of 2020 shaping up to be one of the worst in decades.

Petersburg’s borough government will ask the state to seek a disaster declaration for economic losses from this summer’s dismal salmon season. The numbers are not yet final, but a combination of low prices and low returns has the summer of 2020 shaping up to be one of the worst in decades.

The numbers of salmon caught in the region this summer are some of the worst since Alaska became a state.

“As far as the net fisheries go in Southeast, the net fisheries being the drift gillnet fishery and the purse seine fishery, we are looking at some all-time lows for salmon harvested in those fisheries,” said Troy Thynes, the Alaska Department of Fish and Game’s region one management coordinator for commercial fisheries.

The pink salmon harvest looks like it will be the lowest since 1976. The chum catch is looking like it could be the lowest in three decades as well. And the region’s sockeye harvest could finish around 100,000 fish total, also among the lowest in decades. Thynes said prices have dropped since last year, especially for pinks, chums and sockeye salmon. By the end of August, his early estimates put the value of the purse seine catch region-wide at just eight million dollars and the gillnet catch at just seven million dollars.

“The region 10-year average for the seine ex-vessel value is about $73.5 million,” Thynes said. “So this year’s value of eight million (dollars) is considerably less than that. And then the gillnet ex-vessel value, the recent 10-year average is about 27.4 million and right now we’re looking at around seven million, again very preliminary and we still have ongoing fisheries. These numbers will change.”

For further comparison, the salmon harvest last year topped 101 million dollars and the year before 133 million.

Casey Flint is president of the Petersburg Economic Development Council. That board voted in late August to send a letter supporting Petersburg’s request.

“Oh, I think this will have a huge rippling effect on the economy in town,” Flint said. “It’s just less money circulating in town. It’s less landing taxes. The fishing industry is just the cornerstone of our economy here and when the fishing fleet suffers, the whole town is going to follow right along.”

The council’s letter said the economic impact will be felt by fishermen, seafood processing companies and companies that support the fleet, along with the municipality.

Petersburg’s borough assembly this month voted to send a letter to Gov. Mike Dunleavy and the state’s Commerce, Community and Economic Development Commissioner Julie Anderson. It asks the state to gather data on economic losses and request a declaration from Commerce Secretary Wilbur Ross. It also asks the Congressional delegation to pursue disaster relief money. The letter highlights tariffs on seafood that China has imposed in response to U.S. tariffs. It also singles out imports from Russia while exports to Russia are embargoed. The letter says both factors have hurt prices for Alaska’s catch.

Assembly member Jeff Meucci had heard some critical feedback about the tone of the letter.

“You know we have our hand out again. I don’t think we can continually ask the federal government to bail us out year after year here,”Meucci said.

He wanted the letter to reflect market pressures on dive fisheries and other parts of the local economy. Nevertheless, he voted to send the letter along with the other four assembly members at this month’s meeting. The assembly also had a brief discussion about requesting research funding Southeast salmon and herring stocks.

Meanwhile the U.S. Department of Agriculture this week announced $530 million dollars in relief payments for fishermen impacted by tariffs.

The last disaster declaration that included Southeast Alaska fisheries was in 2016, when pink salmon returns were low around the Gulf of Alaska. But the region’s catch of pinks that year was over 15 million fish, more than twice the expectation for this year’s final tally.

Other communities may also seek a fisheries disaster declaration. The governor’s office says so far it’s received one other request, from Chignik.