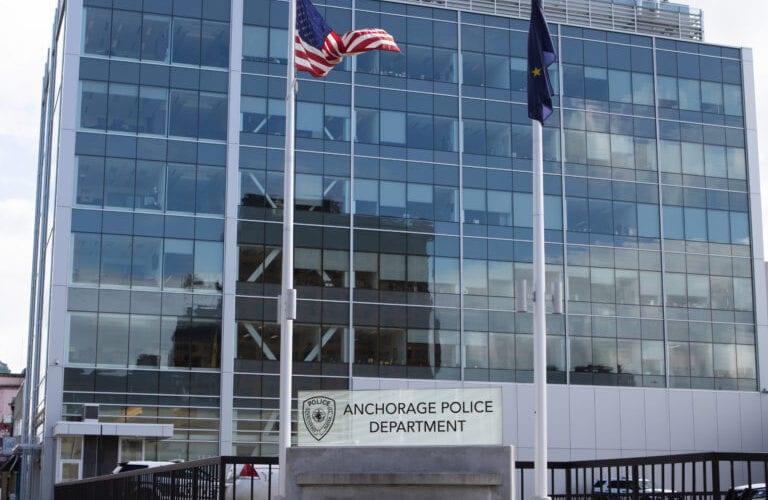 Since 2019, 11,402 people have had their birth dates and driver’s license numbers published accidentally due to a glitch in the Anchorage Police Department records system, the department announced Wednesday.

Since 2019, 11,402 people have had their birth dates and driver’s license numbers published accidentally due to a glitch in the Anchorage Police Department records system, the department announced Wednesday.

APD said an employee discovered the issue with traffic collision report records in February. Normally, a computer automatically redacts that personal information in records before they are published online. Captain Sean Case said the department identified a simple reason why the records were going out unredacted.

“For lack of a better word, there’s a toggle switch, there’s a box you check on that has the public traffic collision report redacted,” he said. “And that box or that toggle switch was unchecked.”

Case said “presumably” someone unchecked the box at some point, but they’re unsure how it happened. The department took down the unredacted reports, which only go as far back as April, 2019. Case said that to his knowledge, there haven’t been any attempts to misuse any of the personal information released. He said this is the first time this issue has occurred.

Traffic collision reports are the only reports that are automatically redacted because they are the ones most often requested by the public. Other reports are redacted by hand.

“So if it’s a theft, and you want a theft report, there’s a clerk that pulls the report and redacts each one of them by hand,” Case said.

Case said they’ve since fixed the issue with collision reports and placed a check on the system to make sure it doesn’t happen again. The department has contracted with a third party vendor to mail letters to affected individuals explaining the data breach and offering free credit monitoring.

Most of the mailing addresses were taken from the traffic collision reports themselves. However, if people have moved or for some reason don’t receive a letter by June 30, Case said people can call the department if they were in a collision from April, 2019 to February 15, 2021 and think they may be affected. The number is 907-786-8900.

APD’s records management system is over 15 years old, according to Case. With money from a bond proposition that passed in April, the department is planning to purchase a new system, but Case said it likely won’t be online before the end of the year.

The Tsunami Warning Center recorded waves of less than 1 foot above normal as a result of the earthquake.
78 5    View on Facebook