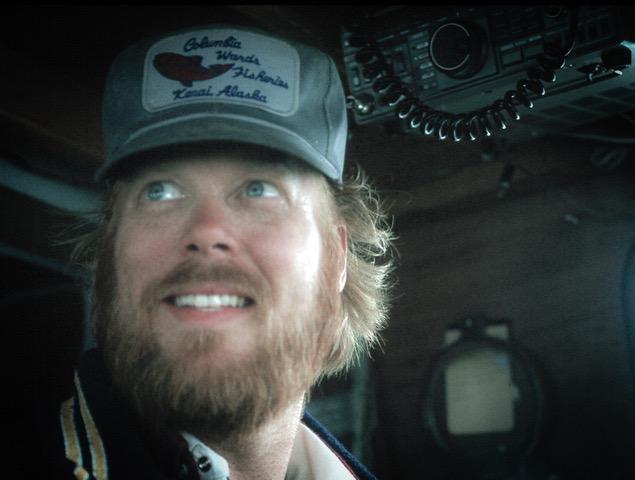 Fisher poet publishes memoir about his years in Cook Inlet

Patrick Dixon wrote his first fishing poem when he was stranded on land after the Exxon-Valdez oil spill of 1989.

It has been nearly 24 years since Patrick Dixon sold his Cook Inlet drift boat and moved from Kenai to Olympia, Wash. But for the former fisherman, writing has always been a way to remember.

He wrote his first fishing poem when he was stranded on land, after the Exxon-Valdez oil spill of 1989.

“I ended up writing a poem called ‘Middle Rip, Cook Inlet,’” he said. “And it was about what it’s like to be on the water. And I was writing, really, about what I was going to miss. What I was being forced to miss.”

That poem was the first in a large portfolio of work inspired by fishing and Cook Inlet. This month, Dixon’s publishing a collection of those poems, stories and photos, called “Waiting to Deliver” – a memoir about his summers on the water.

The first of those summers came by accident. Dixon was a new transplant to Kenai from Indiana in the 1970s. He had moved to be a teacher and had no concept of commercial fishing as a livelihood.

But he had some neighbors who were in the business.

“When I first moved to Alaska in ’75, my first house was out the North Road, in North Kenai, right across the lake from Jim and Nedra Evenson,” he said.

The Evensons had been gill-netting in the inlet since the ‘50s and were steeped in the culture of Cook Inlet fishing. So was their son, Thor. Dixon became his friend and, later, his deckhand. Eventually, he captained his own boats — first the Skookum Too, then the Veronika K. All the while, he was teaching, special education and, then, photography in Kenai.

That lasted about 20 years. In 1997, he took a photography teaching job at Evergreen State College in Olympia.

“And for the next year and a half, I was pretty depressed because I missed Alaska, I missed fishing. I didn’t have an identity anymore,” Dixon said. “And another fisherman, good friend of Thor’s and mine, Frank Mullen, ended up telling me about the FisherPoets gathering.”

Fishermen from all over the country meet in Astoria, Oregon each year for FisherPoets, to share stories and songs. And it immediately became a way for Dixon to connect back with a part of himself that he had left on the boat.

“Part of the book describes that first trip, that first year, where all of a sudden, I found a community that I had been part of up in Alaska and didn’t have anymore and was missing terribly,” he said.

He’s been there almost every year since, in 2014 compiling and publishing an anthology of poetry from the FisherPoets called “Anchored in Deep Water.”

And he made sure his new book would be ready for the 2022 gathering, happening later this month. The book compiles stories he started writing years ago and put together as a pandemic project in early 2020. The 225 copies he ordered should arrive in less than two weeks – right in time for the start of FisherPoets.

Even though Dixon’s fishing years are long behind him, he said writing helps him recall even the most specific details — how it felt when the boat rocked in stormy weather or the joy of learning to pick salmon from a friend.

“I think by immersing myself in it and feeling like I’m there doing it again, I can see the details that I need to see to make the story effective,” Dixon said.

Some of his writing is a callback to the earliest lessons he learned, when he was still a new arrival from a landlocked state in the midwest.

Like “Boat Puller,” a poem he wrote for Jim Evenson, who brought him into the world of fishing all those years ago:

Dixon will read from his book and hold a question and answer session at this year’s FisherPoets gathering.

For the second year in a row, it’s going to be virtual and broadcast by KUMN — the community radio station in Astoria. Their site is coastradio.org. The gathering is Feb. 24-26.