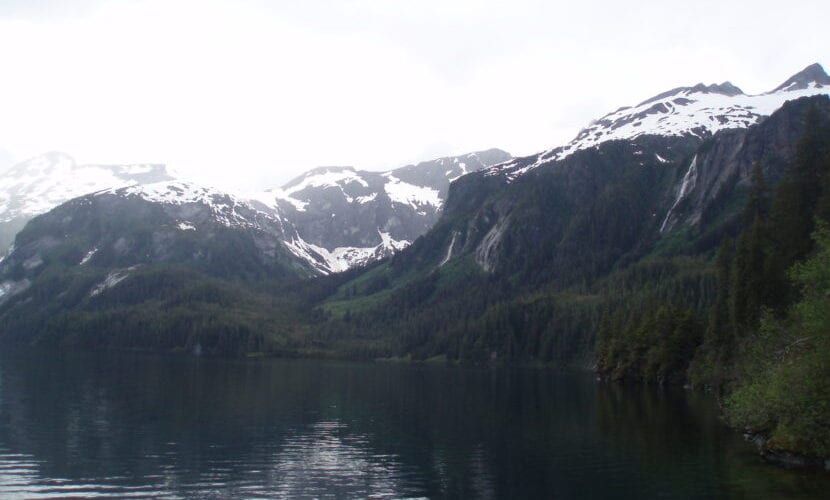 Rainy summers like 2020 can cause flooding and mudslides and can harm people’s mental health. But the rain does have benefits.

There are a lot of downsides to the kind of heavy, prolonged rainfall that has blanketed Southeast Alaska this year. It can flood rivers and streams, saturating the ground and leading to mudslides. A rainy summer season can also affect the mood and mental health of people living here.

But the rain does have benefits.

During the dry conditions and drought of 2018 and 2019, hydroelectric projects around the panhandle suffered from low water levels.

Trey Acteson is the CEO of the Southeast Alaska Power Agency, which runs hydroelectric projects that supply electricity to Petersburg, Wrangell and Ketchikan. Acteson says communities had to fire up more expensive diesel generators to fill their electricity needs during those dry years. He says Ketchikan even had to lease extra portable generators.

“It was an anomaly,” he said. “Hopefully, we don’t have to deal with that again, but unfortunately, it did impact rates.”

This year is different. Acteson says he can count the number of warm, sunshiny days in Ketchikan on one hand. He says their reservoirs filled up by July 24th, and he expects they have enough water stored up to supply electricity well into fall and winter.

“It’s been a pretty miserable summer,” he said. “But if you’re in the hydro business, you know, it has been a great year!”

And then there’s the salmon.

Aaron Dupuis, a Sitka-based commercial fisheries biologist for the Alaska Department of Fish and Game, remembers summers when salmon streams literally dried up because the snowpack was so poor and so little rain fell. Drought can keep salmon from getting far enough upstream to spawn.

Even if there is a little water, the eggs might not hatch.

“Without adequate stream flow, they could not get enough oxygen,” Dupuis said. “Or, if there’s not any, they dry out. They don’t survive too long without any water over them.”

It’s not just the eggs. It’s the same for the little fry on up to old spawners.

“Some of those days, it was 80 degrees out,” Dupuis said. “You look down at it like, man, that water’s got to be really hot. And, salmon don’t do well in hot water.”

Dupuis says this summer, there was plenty of cooler water in salmon streams.

Communities all over the panhandle registered historic levels of rainfall during June, July and August.

Fritsch says the big difference this year was that the jet stream, a super-fast river of air high up in the atmosphere, had moved back down south of Alaska.

So if you want a clue about whether it’ll be another dreary wet summer next year — or if your electricity bills will be higher — just look where the jet stream is next spring.