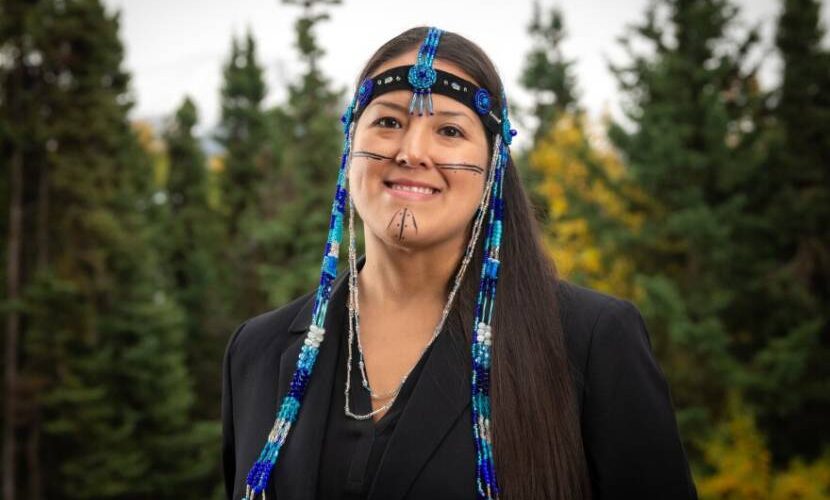 Michele Yatchmeneff knew she wanted to be an engineer from the time she was a teenager. Yatchmeneff grew up in False Pass and King Cove, in the eastern Aleutians. She was raised in an Unangax̂ household, living a subsistence lifestyle.

Right after high school, she enrolled in engineering classes at the University of Alaska Fairbanks in 1999. She was looking forward to it.

Almost immediately, she began to feel many of the other students didn’t want her there.

“You would have students either not talk to you, or look at you in a certain way,” Yatchmeneff said. “Sometimes it’s subtle, sometimes it’s actually a slap in the face. You get called ‘villager,’ you get called names.”

There are more Indigenous people living in Alaska than anywhere else in the United States. But Alaska Native students are vastly underrepresented on college campuses. And when it comes to Science, Technology, Engineering and Math — fields that are especially dominated by white men — Alaska Native students face even greater barriers to entry.

When Yatchmeneff attended school, there had only been two Alaska Native students who had graduated with engineering degrees from the University of Alaska system. She felt isolated being surrounded by students and faculty who didn’t look like her.

After a year, she transferred to Anchorage. But after a year there, she left Alaska altogether. She moved to Arizona and enrolled in Arizona State University, hoping it would be better there.

Instead, Yatchmeneff says the further along she got in school, there were even fewer women and people of color.

Yatchmeneff felt alienated — and she internalized the blame.

She says her grades began to decline, and that she even started losing interest in engineering.

Yatchmeneff moved back to Alaska. She was lost, didn’t know what to do, and wondered if she’d ever make it through college.

But then some friends told her about an organization that helps Alaska Native students in STEM fields. Her first meeting showed her a world she didn’t know existed.

Since the Alaska Native Science & Engineering Program started in 1995, it has helped hundreds of college students with scholarships, internships and mentoring. They also have programs for elementary, middle and high school students.

After finding the program, Yatchmeneff finally felt she had the support she needed. She was able to earn her bachelor’s degree, her master’s and a doctorate from Purdue.

In 2015, Yatchmeneff became the first Alaska Native female engineering professor in the Department of Civil Engineering at the University of Alaska Anchorage. She’s earned awards from organizations like the National Science Foundation. And last fall, she became the executive director of Alaska Native education and outreach at UAA, working directly with the chancellor to help boost enrollment and graduation among Alaska Native students.

Alaska Native undergraduates earning STEM degrees has more than quadrupled between 2000 and 2018, according to a 2019 study by ANSEP. But even today, Yatchmeneff faces a lot of the same hurdles as when she was a student.

But not every student feels that way. Yatchmeneff says especially students from marginalized communities have told her it was because of her leadership, and because they saw someone who looked like them teaching the class, that they knew they belonged.

Yatchmeneff says that teaching and working with the school to support Alaska Native students is her chance to give back to her community.

“It’s an Indigenous value that we always give back,” she said. “Because I had the support and because I got help from people along the way … it’s full circle.”

Still though, there’s a long way to go.

“We’re just scratching the surface, Yatchmeneff said. “What you want it to be is that you don’t need a specific Alaska Native program for science and engineering. We shouldn’t need that,” Yatchmeneff said.

She added, “But until we’ve gotten to that point, we need programs like ANSEP to be there.”