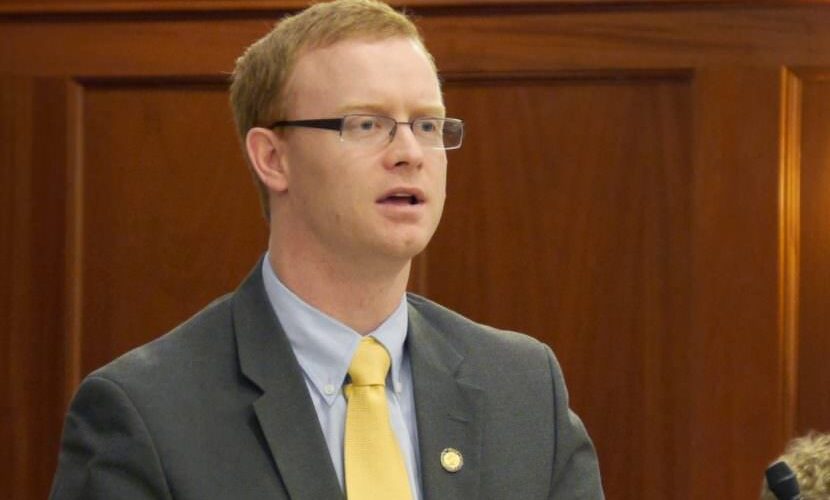 Members of the largely Democratic majority caucus were discussing whether Eastman violated a provision of the state constitution.

The Alaska House of Representatives did not take action on Monday on a proposal to punish Wasilla Republican Rep. David Eastman for his membership in the Oath Keepers organization.  The Oath Keepers’ leader Stewart Rhodes has been charged with seditious conspiracy for his actions related to the storming of the U.S. Capitol on January 6, 2021.

The Anchorage Daily News reported on Wednesday that members of the largely Democratic majority caucus were discussing whether Eastman violated a provision of the state constitution. It prohibits anyone “who advocates, or who aids or belongs to any party or organization or association which advocates, the overthrow by force or violence of the government of the United States of the State” from holding public office.

Earlier in the day, a committee voted to recommend the punishment, but the full House of Representatives did not have enough votes to remove Eastman from all of his committee assignments.

Eastman has called the recent indictments of Rhodes and other Oath Keepers leaders “politically driven.”

Eastman attended the protest that preceded the riot at the Capitol. He has said that he didn’t enter the building. He has not been charged with any crimes related to the insurrection and no evidence has emerged to link him to the riot.

Rhodes and 18 other members of the Oath Keepers were charged on Jan. 13. The federal indictment said they plotted to disrupt the electoral process and endangered former Vice President Mike Pence. He told NPR in an interview in October that he didn’t support any of the actions related to the storming of the Capitol.

Eastman was listed as a “life member” of the organization in a list an anonymous hacker purportedly took from the Oath Keepers’ web servers. In a social media post on Sunday, Eastman said his connection with the Oath Keepers was slight, that he applied for membership more than a dozen years ago and never attended a meeting.

Eastman serves on the House rules, judiciary, state affairs committees, as well as the special committee on ways and means. He also is an alternate on the Select Committee on Legislative Ethics.

The federal indictment described the Oath Keepers as “a large but loosely organized collection of individuals, some of whom are associated with militias.” It said “some members of the Oath Keepers believe that the federal government has been coopted by a cabal of elites actively trying to strip American citizens of their rights.”

Eastman is in this third term in the House. In 2017, he became the first member of the chamber to be censured after he said that some women – including those who live in villages – are glad to become pregnant so they can receive Medicaid-funded travel to have abortions.