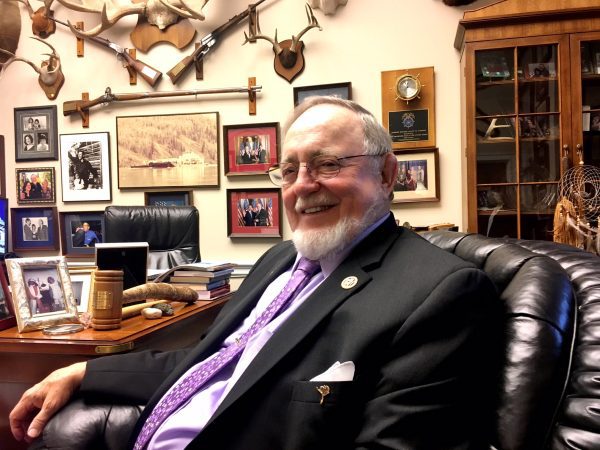 Rep. Don Young’s death is a monumental loss for Alaska. For nearly 50 years, Young’s bombastic style both helped draw attention to Alaska’s legislative need and often found him crossed up in less than flattering headlines. Despite his steamroller approach, he was known as a highly effective congressman and his love of Alaska was legendary. Constituents, former colleagues and journalists share memories of Alaska’s longest serving Republican.

Children in crisis need immediate help to keep them safe and longer-term assistance to stabilize their lives, especially if they can’t return to their families. Alaska’s foster care system has long been challenged by a need for more case workers and foster families, but now the lack of social workers and willing caretakers has reached a crisis level. What’s being done to help vulnerable young people have a safe place to live? 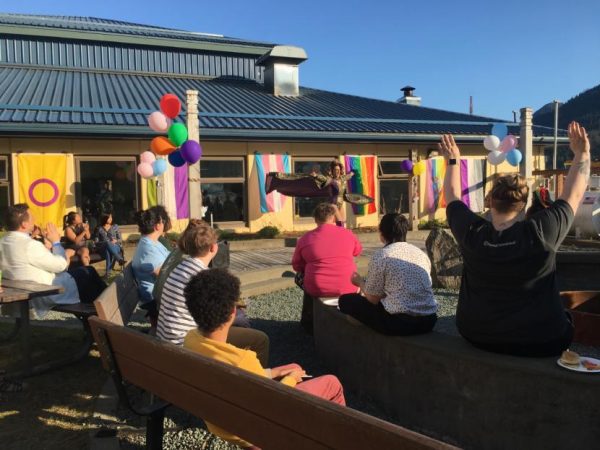 Queer and trans youth are at increased risk of homelessness across the nation. In Alaska, limited resources compound the problem, and that makes it more likely young people will become chronically homeless. How are advocates working to address the shortfalls?

What’s in store for the Permanent Fund Dividend?

Permanent Fund Dividends will arrive soon, but the plan to pay for them going forward hasn’t materialized. Legislators have yet to agree on a solution, despite a fourth special legislative session and a list of recommendations made by a bipartisan working group this summer. Advocates share their ideas for a sustainable plan for the future. 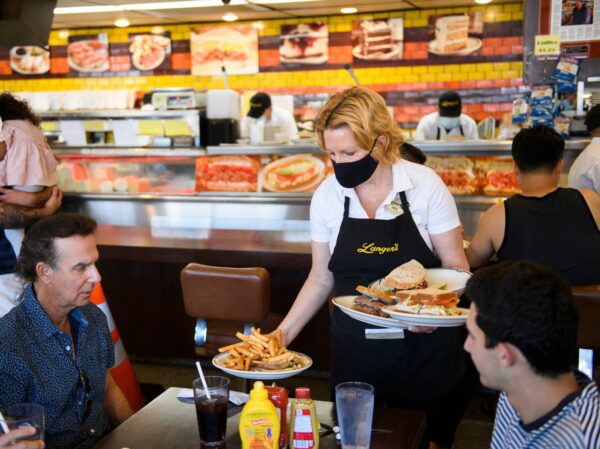 With no more federal relief coming, what do economists see on the horizon for Alaska’s labor shortage? How much did tourism’s return over the summer make up for the last year of deep loss? Was it enough to help businesses survive the winter? How does the pandemic continue to affect supply lines and commerce?

Why are Alaska’s parole numbers so low, and what awaits those who get out? 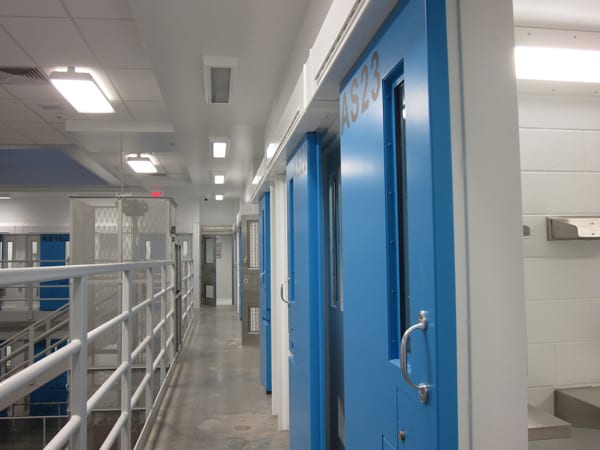 In the last five years, the rate of Alaskans granted parole dropped by 50%. The reasons are complicated. The pandemic put a hold on rehabilitation services, and changes to criminal justice through legislation also gave more discretion to the parole board over who would be released. With fewer people being granted parole and others leaving facilities after a year of pandemic lockdown, we’ll discuss the ripple effect on lives and the legal system.

Show highlights: The legacy of boarding schools in Alaska 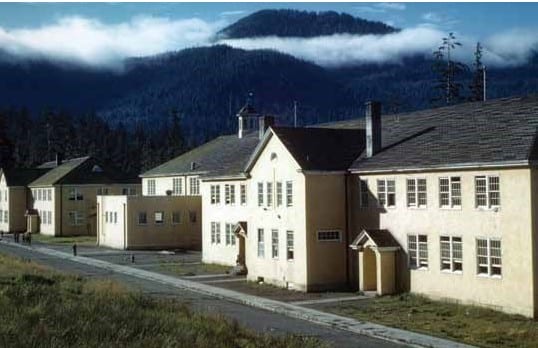 The recent discovery of the remains of hundreds of Indigenous children at a residential school in Canada has prompted discussion, grief and memories of past trauma in Alaska. Thousands of Alaska Native children were sent to boarding schools in and outside the state. The effects of forced assimilation continue to impact the lives of Native people.

In the early era, one of the strategies that was developed was to end the Indian Wars by ending Indianness. One of the venues for doing that was missionaries — converting people not only to Christianity but away from being Indian. That was not completely successful.

The origination of the federal policy was of using boarding schools as a way of pulling the next generation away from the tribes and trying to eliminate what they considered to be the savageness, and force those young children into becoming good laborers for the white population in the United States. There really wasn’t even a promise of citizenship — the goal was to to develop good laborers for the white population of the US.

In the summertime, the students were essentially loaned out or sold, leased to members of the white community to serve as labor servants or maids, whatever manual labor that was available for them. So there was a very high attrition rate. There was a very high number of students who died from probably the geographic shift, probably from the population shift and from loneliness, from abuse and from malnutrition. There were also multiple reasons for accidents, given the kind of labor that they were involved in — this was all pre OSHA.

My mother took us to the airport and our mom in Fairbanks left my younger brother and me there at the hands of the BIA officials. The first thing that they did was they tied us together with other children with ropes at the Fairbanks airport. There were dozens of other children that were already tied there.

I remember this so well, even though it happened 67 years ago. I can still recall some of the younger children as young as five were there. I was eight, my brother was six and we were thrust into just an alien situation where there was a lot of barking of orders. We were given yellow name tags to affix to our clothing that had our names or destination written on it, that kind of thing. And then it took almost a half a day sometimes longer, to get to Wrangell.

The first thing they had us do was to strip completely naked on this receiving room concrete floor. A lot of children did not understand the commands that the directions and oftentimes in frustration a lot of matrons ran over to these little guys and just kind of ripped their clothing off.

We were all told to get in a line to get her haircuts. These were done in a way that was kind of like being sheared — Ever see these videos of sheep being sheared off? Well that’s what happened to us.

We were given clothing. The government issued clothing with our numbers. Our number was on our clothing and on our bedding. Children who had difficult names were often referred to only by their number by many matrons. And I can still remember years later as children who were much older, saying ‘I thought my name was my number.’

Fred John Jr. on the punishment given at Wrangell Institute

My younger sister was five and I was seven when we went. We were there almost seven years.

It was like a military thing…If we do the smallest thing we would get punished. Like our coat be on the floor, or if we were late getting up. On Saturday morning the big kids would line up for spanking with their pants would be around their knees in the barbershop. They get I think 12 swats, I don’t remember now. But it was lots.

The big kids wouldn’t cry. But as little ones, we get the same amount of spankings and we are all lined up beside them. The big ones could get spanking before the smaller ones. But we’d be crying before when we saw the big guys get their spanking and we watch them.

When it was our turn, the only good thing about that is the big boys could take our place if they wanted to — a lot of them did. They took their second spanking. My brothers would take two spankings for me.

Another one is the gauntlet. They’d strip us down if we behaved like what they call really bad, if we were bad boys. And they would have two lines to line up and down beside the beds. And the guys that tattletale were standing on a bed and watch the whole thing. The boy – they stripped them down naked and let them run down through the complex. The boys on both sides pulled their belt out and hit them with the hard end — the buckle end as he ran. Sometimes they fall down and cry and everything and they’d be really beat up by time they make it to the end.

Whoever don’t hit hard would be stripped down and then run down the gauntlet.

Even though I don’t want to, I even hit my friends. Luke Titus was one of them, my friend from Minto. He was one of them that I ran down that thing and I hit him hard. And he did the same to me. About 60 some years later, we met in Old Minto Recovery Camp. We apologized to each other for hitting each other. We didn’t we didn’t have any choice. 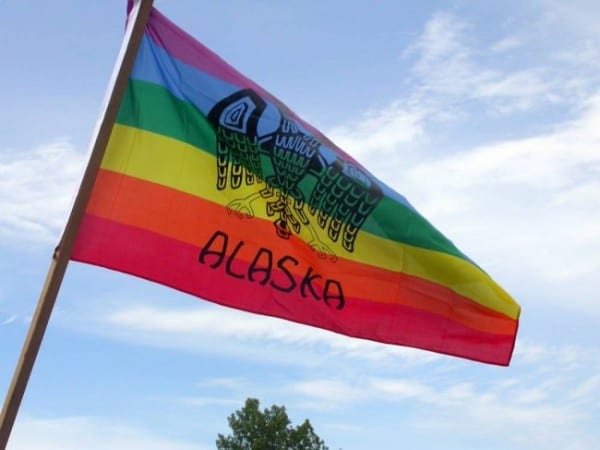 Now that pandemic restrictions are being lifted, how will Alaska’s LGBTQ+ community celebrate Pride? Amid the parades and parties, June is also a time to acknowledge the sacrifices activists made and the struggles people continue to face. What issues still need to be addressed for Alaskans of all identities to feel safe and equal? 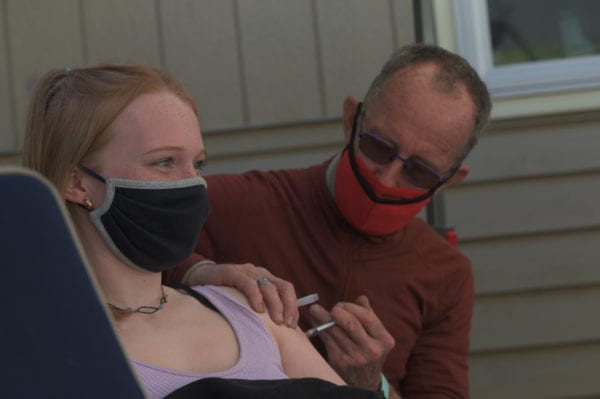 In many places, life is starting to feel almost normal again. Nearly 50 percent of Alaskans are now fully vaccinated. What does this mean for what people can do in public, while traveling and when visiting businesses? And what are the plans for convincing more Alaskans to get the shot to protect those with vulnerable immune systems? Now that the Pfizer vaccine has been approved for ages 12 to 15, how much will vaccinating teens help?

Sullivan stands close to Trump, stays quiet about his controversies

As he runs for re-election, Sullivan is threading a needle. He rarely criticizes Trump, but as a tide of anger at the president rises, he isn’t waving a Trump banner, either.