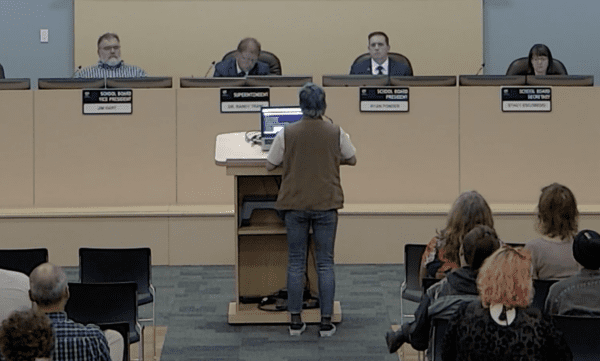 
The Matanuska-Susitna Borough School Board approved an athletic policy Wednesday that prevents transgender girls from competing on girls’ sports teams. The board approved the policy in a 6-1 vote, with board member Dwight Probasco voting against it.

According to the policy, students’ eligibility to play on girls’ or boys’ sports teams depends on their gender assigned at birth. Trangender girls can only play on boys’ teams or co-ed teams.

Board members who supported the policy said it protected the rights of women and girls. Member Jubilee Underwood said it would ensure their access to scholarships and other accolades.

“This is a safeguard so that women are ensured that they can use the education system and this school district to a path to go beyond, and that nobody else is going to come in and take that from them,” Underwood said.

Member Probasco, the only member opposed to the policy, said he thought the district could face legal action because of it.

“I believe this policy, if it is approved, is discriminatory towards our transgender youth,” he said. “I believe it is a very invasive policy that cuts into the students’ rights to privacy. I believe transgender girls have the same rights as a cisgender girl afforded under Title IV.”

The vote followed nearly two hours of public testimony from local parents, students, teachers and community members. More people spoke against the ban than for it, but the testimony was close to evenly split.

Speakers who opposed the ban said it could negatively impact students’ safety and mental health. Rachel Levitt, a parent in the district, said the policy would send a negative message to transgender children like hers.

“When the officials in this community turn their back on transgender youth, these incredibly vulnerable children are left with no one in authority to trust,” she said.

Opponents said the policy would exclude transgender students from participating in activites they enjoy. Carrie Anderson, another local parent, disagreed.

Just before the end of the legislative session, state senators voted to table a bill that would have enacted similar restrictions statewide. About a dozen states have passed similar laws.